This is another follow-up for this project.

Here is a part of the code that I used to customize the poly style:

Here is the result for Greater Toronto: 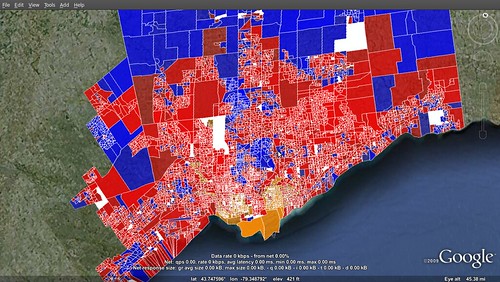 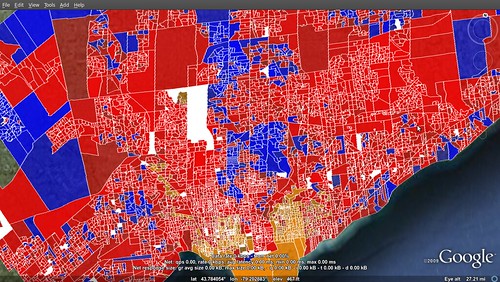 Google Earth - results per poll by party color was the previous entry in this blog.

Canada election 2008 - Toronto and Montreal is the next entry in this blog.