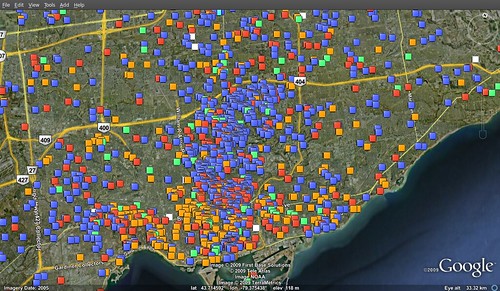 Sometime in early 2009, I came up with the Canadian electoral financial contributions project. At the time, I thought it would be awesome to do something with the data that Elections Canada, an independent federal agency in charge of conducting elections and referendums in Canada, releases publicly about funders of political parties. The website contains different ways to access the information, whether it is political party or riding association annual returns or by candidate's expenses during an election.

I wrote a basic how-to, pointing out how obfuscated the browsing of the data was. You can technically download CSVs of the data, but Elections Canada's servers would time-out if you asked for the entire dataset at once. 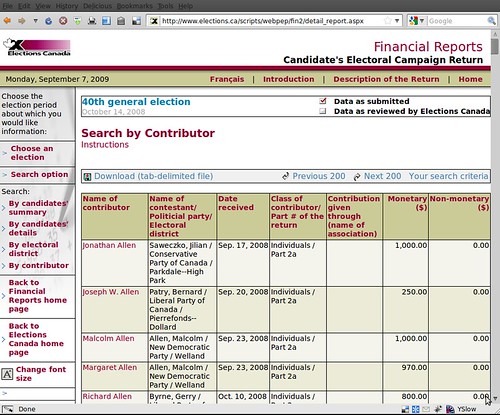 Try to do mashups with this

There were also some cleverly hidden public data that consists in the postal code of a single contributor. Using a Web browser, it was impossible to compile this data into a database. But using simple scripts with a command-line tool like curl, it was possible to know the location that a donor used to make its donation, including private residence. It might be of questionable good taste to reveal those on a map, but in an era of data mashups and visualisation, it makes perfect sense for what is after all public data. 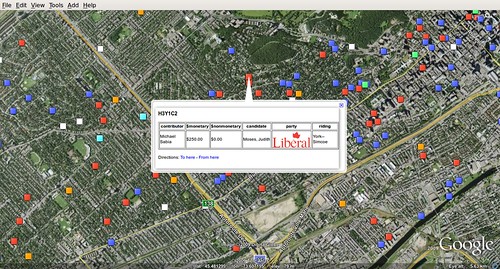 At the time, I demonstrated my method with only 2008 data and let the project die for lack of interest and time. In the meanwhile, I moved to Hong Kong and started a new career over here, and have been working on data projects.

Now that elections are looming in Canada, and with an improved skill set, I've unearthed the project a week or so ago, and started really digging into it since yesterday. I already reached the stage of collecting all the 2007-2009 data from annual transaction return, and the postal codes of contributors. I am now geocoding the postal codes and will be thinking of ways to offer a better filter and search the data. Aside from mapping the data geographically, I think that it would be interesting to show trends in the data, of where the money went, etc. For the public, it would be interesting to offer a focus on where celebrities and important people put their money, just like the Huffington Post's Fundrace did in the US.

Theories in Interaction Design -- Assignment One was the previous entry in this blog.

Toronto en trois temps is the next entry in this blog.